The first steps
19 October 1933 marks the start of the Lactalis saga. On this day, André Besnier produces his first 17 camemberts in Laval, using 35 litres of milk collected from the surrounding area. And so the story begins, with André Besnier establishing the company under his own name.
André Besnier quickly surrounds himself with colleagues to help him on his adventure! The first brand name given to his camemberts “Le Petit Lavallois”, with its emblematic medieval Laval label, becomes a synonym of quality.

The 1940s confirm the company’s growth and an increased number of farmers are now supplying him with milk. In 1948, the company becomes “SARL Société Laitière de Laval A. Besnier & Cie”, a limited company, and the amount of milk collected pass the 10,000-litre mark. This milestone was made possible thanks to André Besnier’s dynamic and inventive business policy, now assisted by 25 employees.
Right from the start, the Besnier Company has the keys to success that remain its greatest asset 80 years later: a passion for milk, high-quality standards, business acumen and the ability to surround himself with the best people. 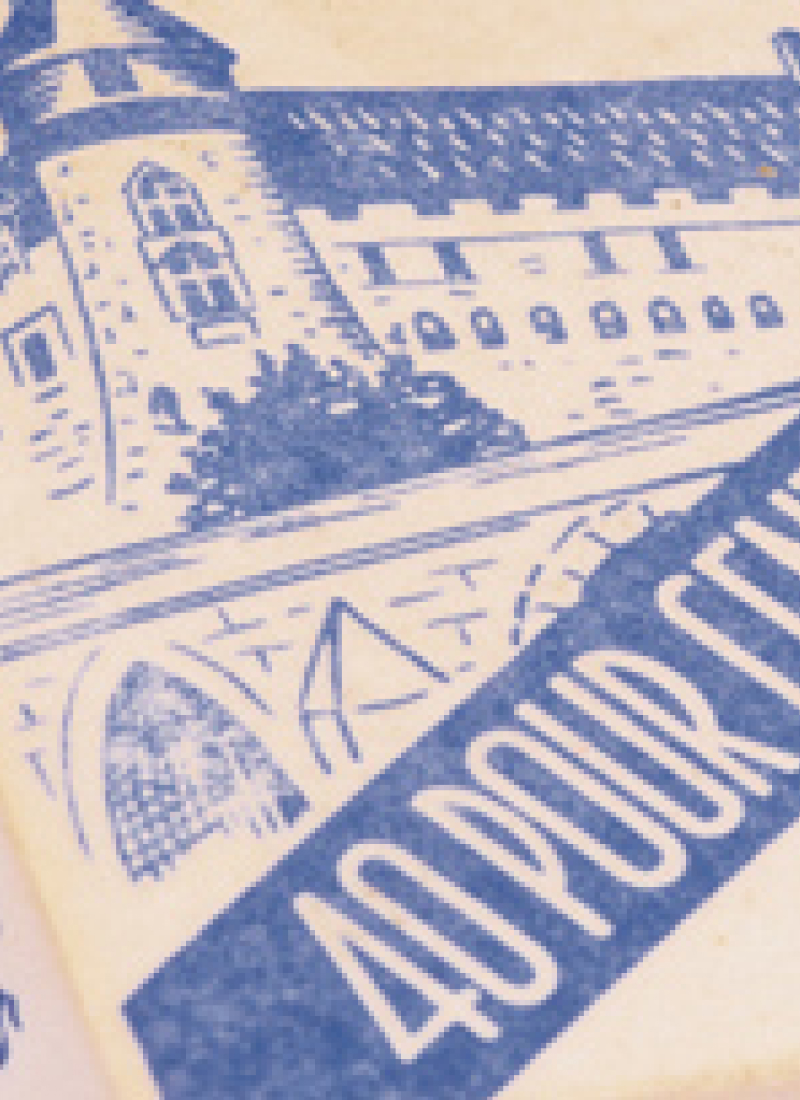 1950
Michel Besnier took over from his father André Besnier

An astute businessman, André Besnier considerably develops his activity during the first half of the 1950s. As the dairy sector becomes more and more competitive, he diversifies his offer to produce butter and creams. Just like camembert which makes the Besnier Company’s reputation, rebranded as “Le Voyageur”, all the other products are subject to the same demands for quality, in order to achieve one simple goal —perfection.
An ambitious man, André Besnier also starts selling milk and is one of the first to launch a one-litre glass bottle of milk under the brand name “SSL Le Bon Lait”.
On the death of André Besnier in 1955, the company is inherited by his son Michel. As passionate as his father, Michel Besnier takes full advantage of the family’s entrepreneurial heritage and doubles its annual turnover in just two years. 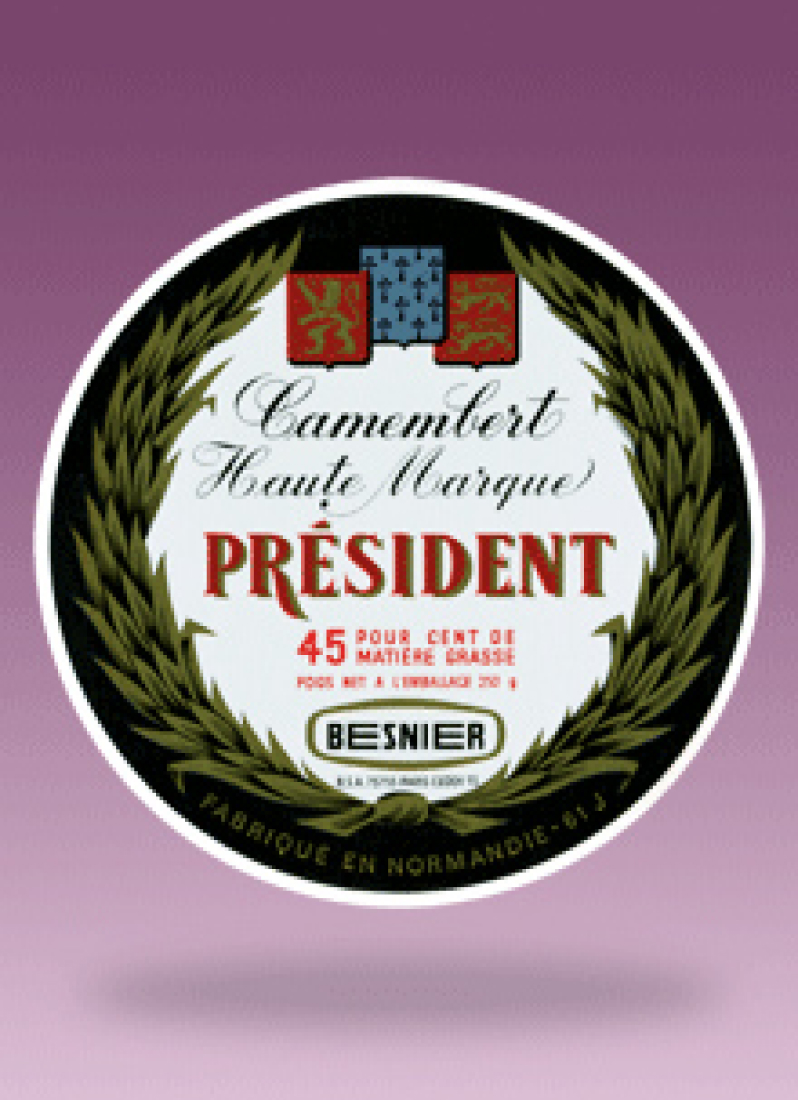 With a favourable economic context of soaring consumer demand and new distribution models, the 1960s are a pivotal period for the company. Under the guidance of Michel Besnier, such factors will create the basis for the company’s success and its economic model: industrial expertise, quality and innovation, commitment to dairy processing, and strong external growth.
Many dairies from western France go on to join the Besnier company, thus expanding the volume of milk collected. They also contribute to the expansion of the product range and help to meet the requirements of supermarkets that are now starting to appear in France.
Michel Besnier knows that the industry is going through key changes and that he must be at the forefront. That is why he launches the Président brand which will become the Group’s flagship product. He also innovates with “Lait 2000”, the first milk to be sold in Tetra Pak package, which will deeply influence French consumers’ habits. 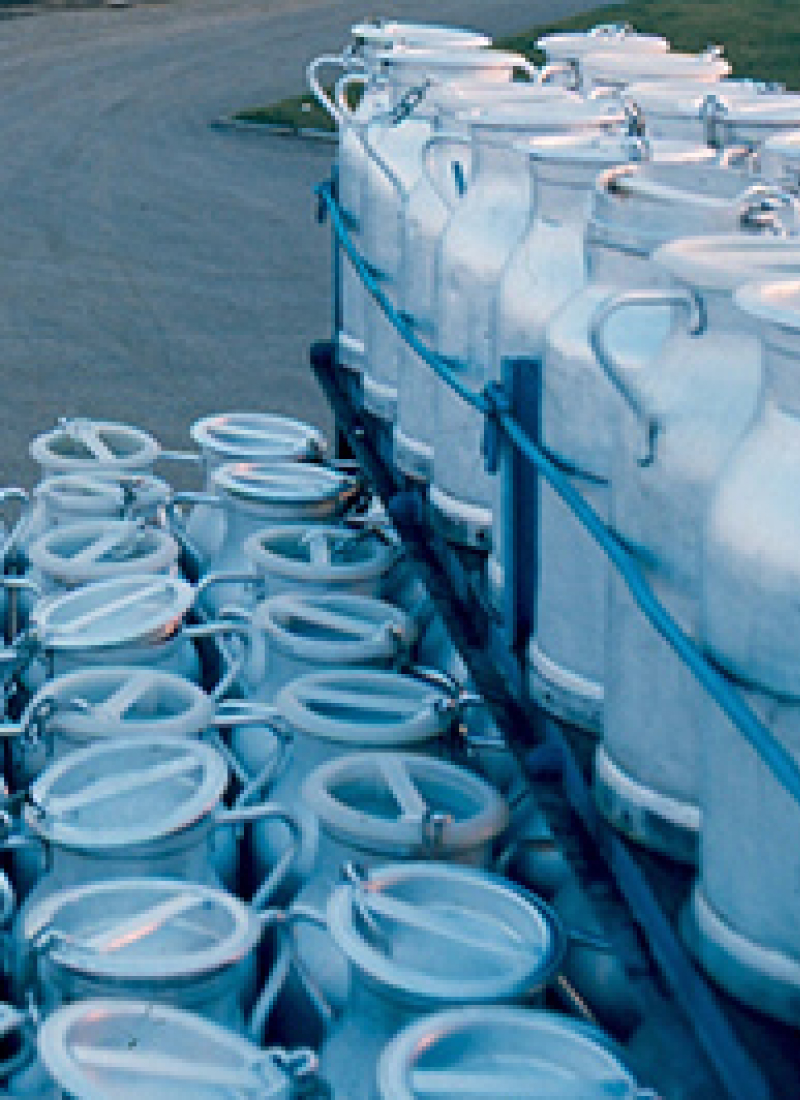 1970
The first steps across the Atlantic

The Besnier Company takes its first steps into the United States market, notably with brie, a cheese much favoured by transatlantic customers. In 1972, convinced of the potential of the Président brand and its camembert, Michel Besnier takes a bold step by creating a brand new modern cheese factory for Président in Domfront, in the pastures of Normandy. Featuring the latest innovations, the Domfront cheese factory remains a landmark facility and the largest soft cheese plant. 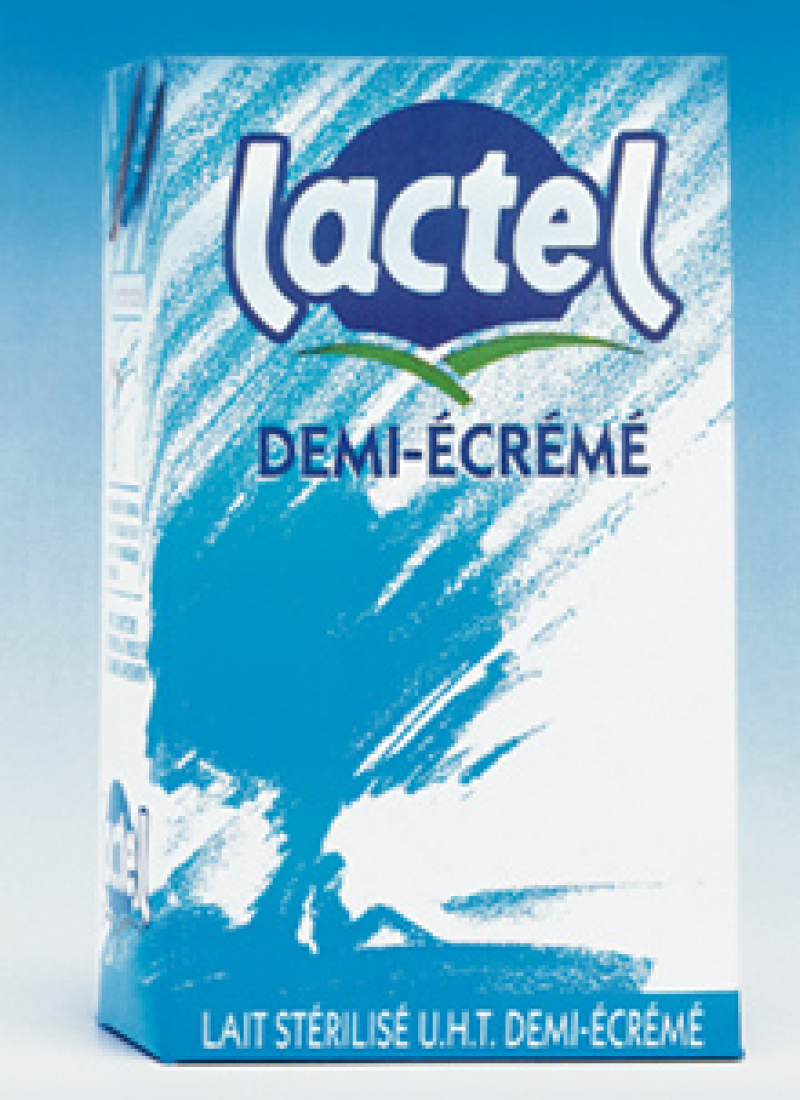 1980
A stable dynamic of development

Spurred on by the dynamism of the previous decade, the 1980s are a period of rapid development for Michel Besnier, with external growth operations, particularly in the United States. The company lands in the US in 1981, in Belmont (Wisconsin) through an acquisition, reinforced six years later by the construction of a factory in California.
Loyal to his origins, Michel Besnier does not forget the development of activities in France. In the early 1980s he acquires the cheese dairies Claudel-Roustang and Atlalait, now half of the company, and which bring him into the goat’s cheese segment.
In parallel, in 1984 and 1985, Michel Besnier continues to invest in industrial tools and builds a yoghurt production site in Laval, followed by a cheese production site dedicated to emmental in Charchigné in northern Mayenne, convinced that this market will develop soon.
The final acquisition of the 1980s is not the least, as Lactel will rapidly go on to become the company’s flagship brand for drinking milk. 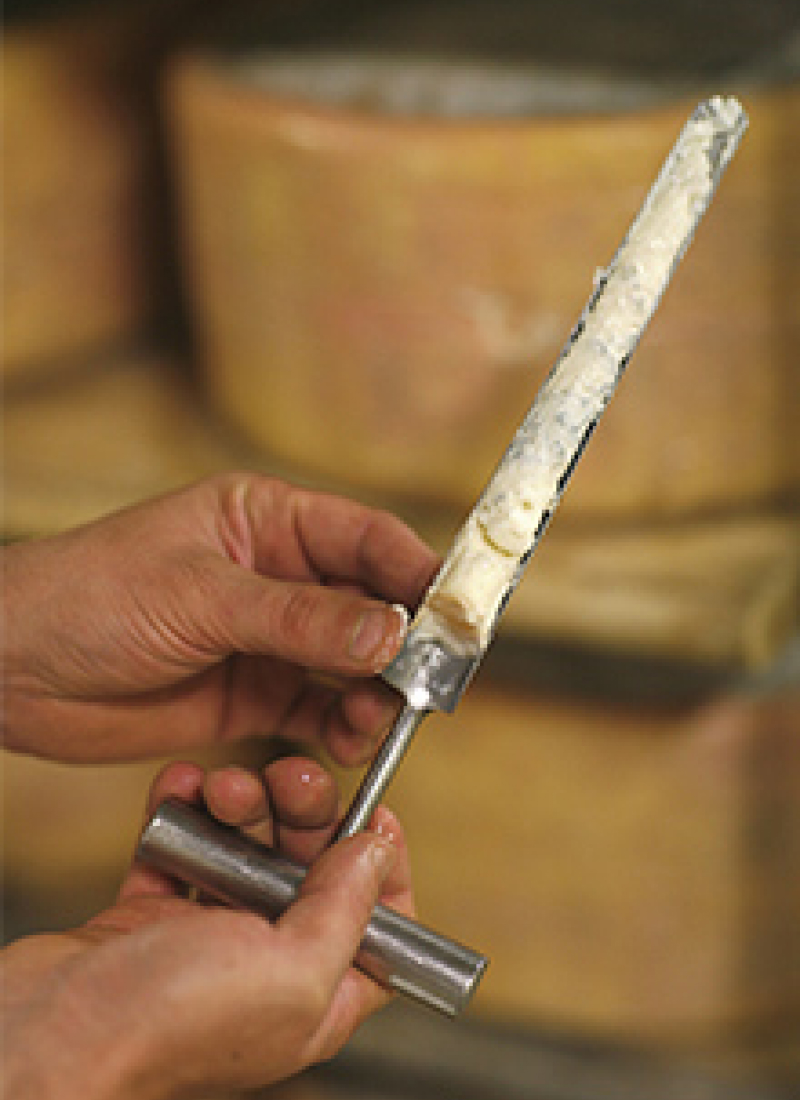 With business going well, Michel Besnier decides to pursue growth in Eastern Europe, Ukraine and Poland, and also in Egypt and Italy, “the other cheese country”, taking steps into the emblematic mozzarella sector with the acquisition of Locatelli, the third-largest mozzarella brand on the market.
In France in 1990, two major companies join the Besnier Group: historical rival Bridel and the Société des Caves de Roquefort.
In 1999, the Besnier Company changes the Group name to Lactalis, meeting the demands of internationalisation with a name that can be pronounced easily on all five continents.
That same year, at the site of the historic cheese factory in Laval, Michel Besnier launches the André Besnier Lactopôle, a museum in tribute to the dairy profession. 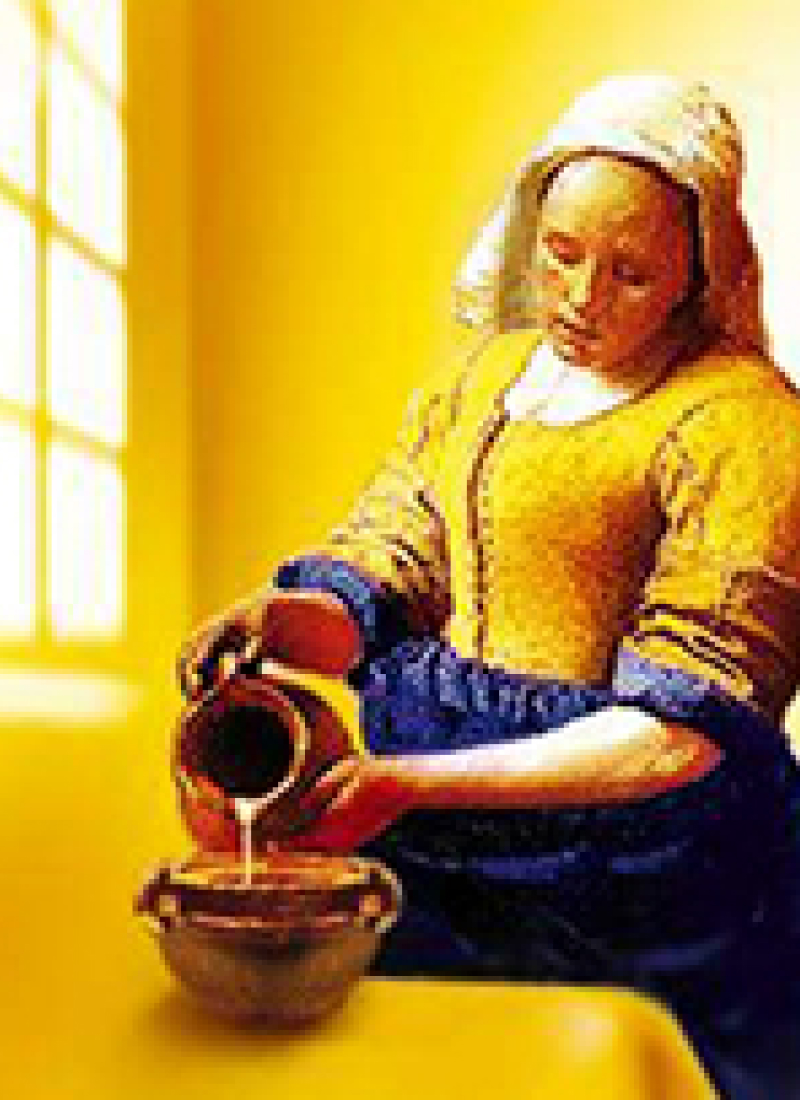 This new decade sadly begins with the loss of Michel Besnier, a devastating event for all employees. However the company maintains its family ownership in the hands of his son Emmanuel Besnier.
Despite a difficult economic context in the wake of the financial crisis of 2008, the Lactalis Group maintains a steady level of growth, sustained since the early 2000s. The two major events of this period take place in 2006, with the acquisition of the flagship Italian brand Galbani, and the creation of a European joint venture for chilled dairy products with Nestlé, which allows the brands and in particular La Laitière to return to profitable growth.
The following year, the leading Croatian dairy company Dukat joins the Lactalis Group. 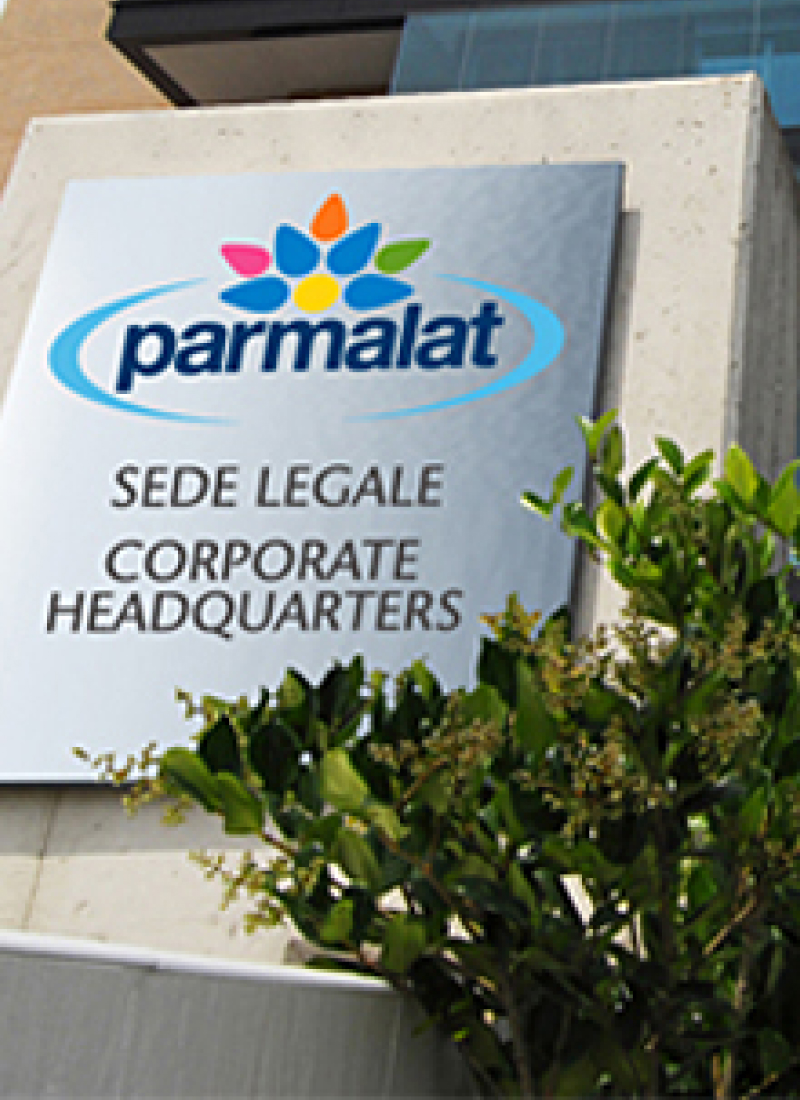 2010
A global leader in dairy products

After Italy, Spain becomes a major market for Lactalis in 2010 with the acquisition of three Iberian dairy companies: Forlasa, Puleva and Sanutri, respectively operating on the cheese, drinking milk and infant nutrition markets.

2011 is the year when the Lavallois Group positions itself as a global leader in dairy products, becoming a majority shareholder in Parmalat, the leading Italian drinking milk company with over 14,000 employees, and achieving a turnover of almost 4 billion dollars. The company operates globally in territories where the Lactalis Group has few or no operations, thus providing excellent complementary coverage. Operating at this level, Lactalis is able to pursue dynamic and profitable growth both in its traditional mature markets and in developing countries. Drinking milk becomes the Group’s second most important market after cheese.

In 2013, the company increases its foothold in South Eastern Europe as it becomes a majority shareholder in Slovenian company Ljubljanske Mlekarne, the leading local dairy producer.

The Lactalis Group pursues development in Australia in 2014 through the company Harvey Fresh which allows the Group to cover all daily categories across Australia. It also expands into India with the acquisition of Tirumala, a major dairy company in south-eastern part of the country.

?>
To subscribe, fill out the form below
Thank you for your appeal
Our manager will process the application and contact you as soon as possible.
[contact-form-7 404 "Not Found"]